Modelling and rendering of computer generated imagery (CGI) have been a hobby of mine for some time. In my work as a scientist I have used this skill to model and animate devices, however I have also animated and rendered scenes just for fun and to learn new techniques. From my interest for astronomy and space-technology I came up with the idea of simulating and rendering a highly detailed version of the Earth in 3D based on satellite data. I tried to make the Earth as realistic as possible but while still limiting myself from using computationally heavy techniques such as volumetric clouds and atmosphere and sticking only to image mapping and custom shaders.

The final rendered animation can be seen here in 4K:

The textures I used for the Earth was provided by NASA from two different satellites. The satellite Terra with its moderate-resolution imaging spectroradiometer (MODIS) is responsible for the daylight imagery of the land and the clouds. The Suomi National Polar-orbiting Partnership (Suomi NPP) satellite with its Visible Infrared Imaging Radiometer Suite (VIIRS) is responsible for the night-time imagery which shows the city lights from space. The bump maps is derived from data from the USGS DEM database and the specular map is based of the blue water areas in the diffuse daylight surface map.

Most of these textures had to be edited and color corrected in order to fit the look of the final render. For example, the cloud map had visible seams that needed to be cloned and repaired, the night lights texture had too much ambient lighting in the areas without cities and the surface map in daylight was completely missing the Arctic, since it was not considered as “land” but as a piece of ice and the oceans were lacking detail so it was merged with a faint bathymetry map.

The textures used were 43200 x 21600 pixels large but this was most likely more than necessary, so in order to reduce the file size I only uploaded the textures in 21600 x 10800 pixel here below. If you would be interested in the higher resolution versions then contact me directly . 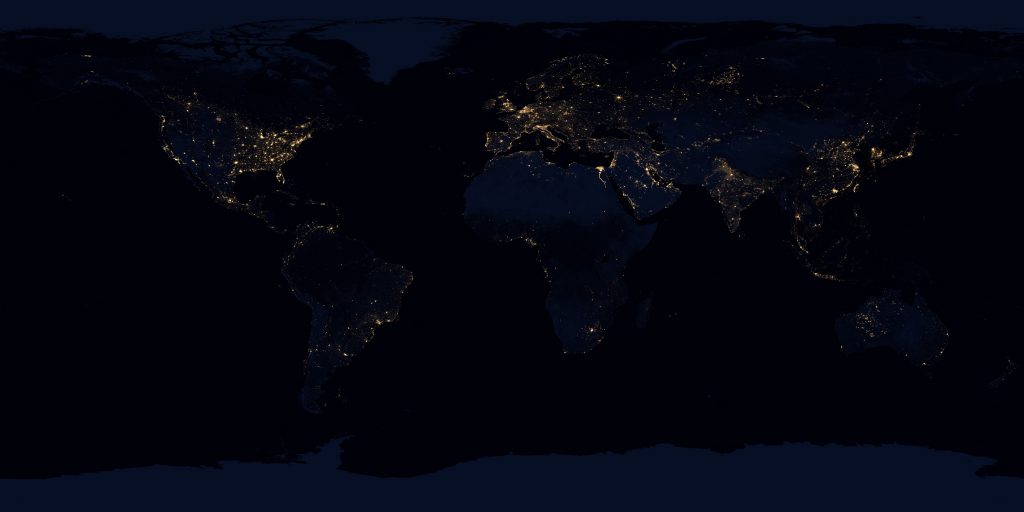 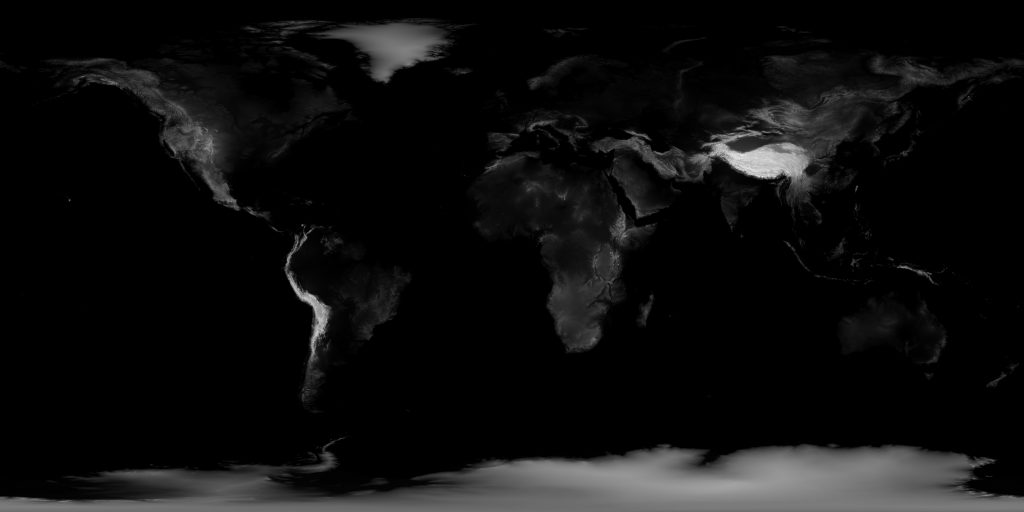 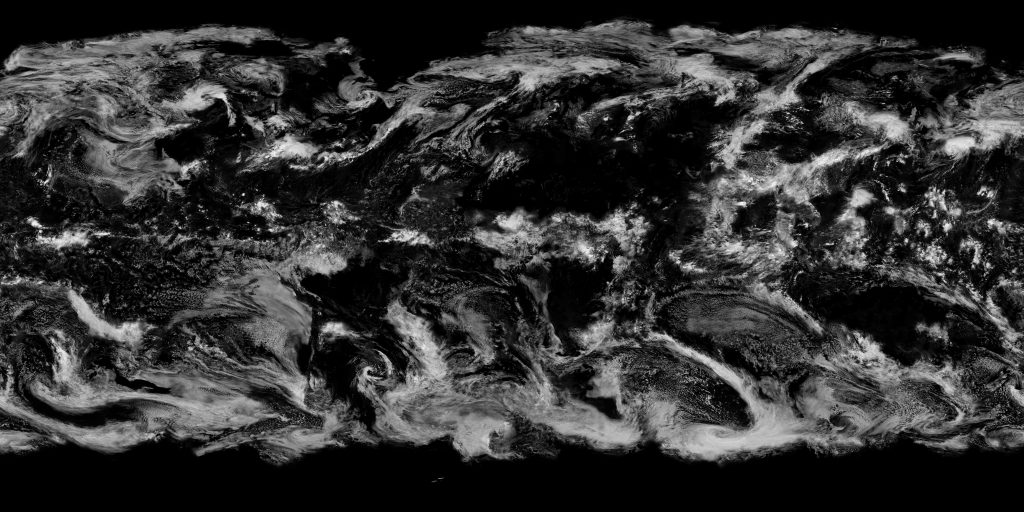 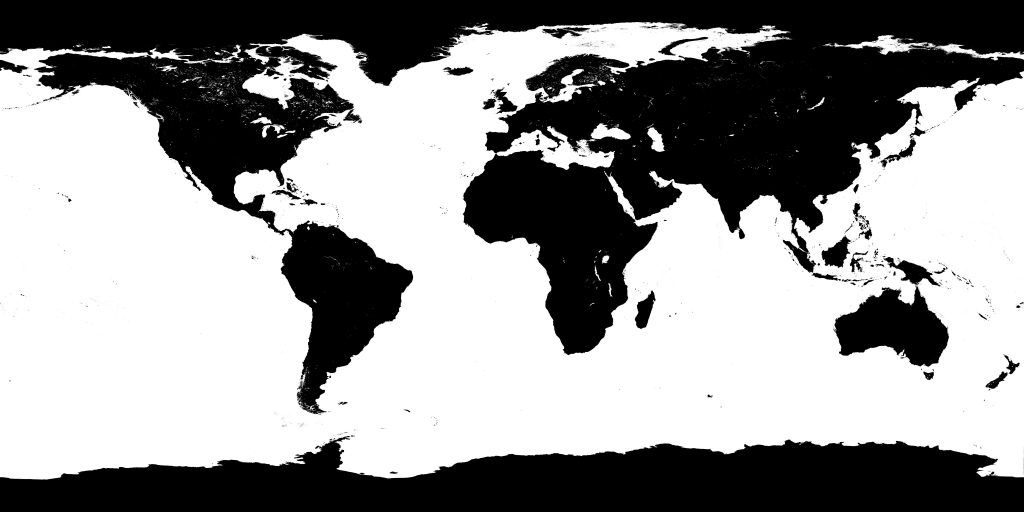 Left shows the bump map of the earth, middle show the cloud map and right show the specular map for the oceans and water regions.

The Moon is only seen from a distance in the animation, however I planned for the Moon to be shown more up-close so the surface texture for the moon are also the same 21600 x 10800 pixels large as for the earth, and for the topography I used a normal map instead of a bump map in this case (couldn’t find a high resolution normal map for the Earth). 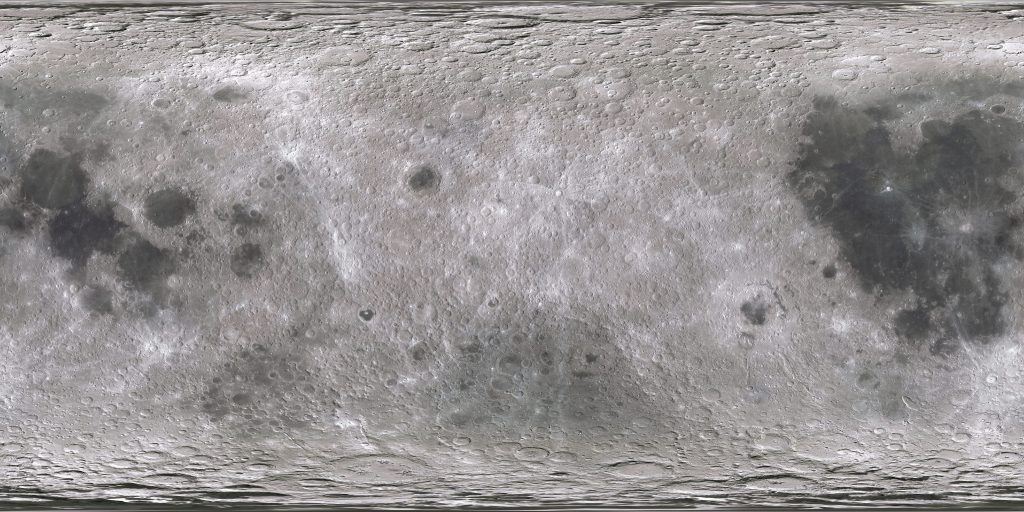 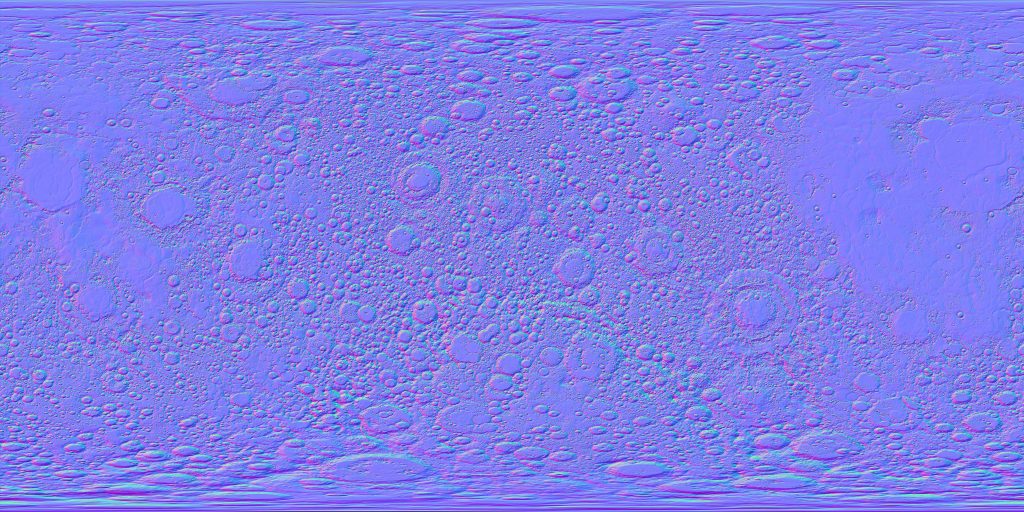